THANK YOU FOR YOUR GRACIOUSLY EXPRESSED ENCOURAGEMENT TO US

This is an awesome message - a Christian minister for those in prisons in Corpos Christi, Texas, after watching Duke Jeyaraj’s message video clip on YouTube encouraging youth to say ‘no’ to premarital sex titled, "Sex before Marriage: Preeti Zinta Vs Bible". 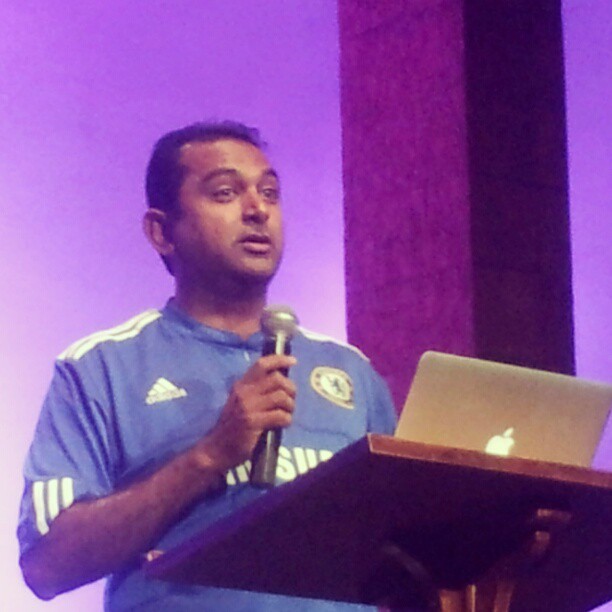 You nailed it! – after Duke included the Gospel in his speech on How To Save The Earth in an International School in an Indian City.
This is my Sunday message. – a brother from Bahrain after reading Duke’s Facebook post on the “Life of Pi and animals that say hi.”
We were really blessed with your powerful and heart touching message at AG church today. - a Microsoft employee working in a particular Indian city.
Good Message – Rev. P.S. Rajamoni, senior Assemblies of God leader of India on Duke's Christmas eve post Facebook post with an originally prepared Christmas season message outline.
May you continue to be the great BIG blessing you are in the lives of many... Have a great day!! – an upcoming model and movie star wishing Duke on his birthday.
Thank you so much for your Facebook post. I work in a hospital but I too believe in waking up early. But it’s true that many times that I have pulled up the blanket and slept. I felt God sent this article through you to me. Thanks brother! – an Indian nurse working in Florida after Duke’s Facebook article on the importance of rising up early starting with a Tim Cook (Apple CEO) anecdote.
You are such a big blessing to us Duke Anna. Your words are just right for this generation and very practical. – a young woman writing from San Jose, California. 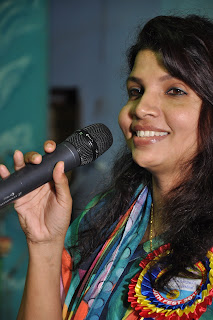 I really love this piece and I can just picture Evan in all your descriptions. I think I know her well enough to say that you are truly blessed with a wife that fulfills all the criteria mentioned in Proverbs 31 :10-31. God bless you both. -  a young medical doctor living in Aizawl, India, commenting on Duke’s Facebook post on how he met and married his wife, Evan.
I have read your article, “How I Met and Married My Wife,”  so many times. But when you posted it again on Facebook I still could read it with just as much interest as the first time that I read it. – a young medical doctor writing from an Indian City.
I have never really come across someone who is so gifted in writing packed with such clear expressions like you. God bless you and continue blessing the G4 Mission – a young medical doctor writing from an Indian city. 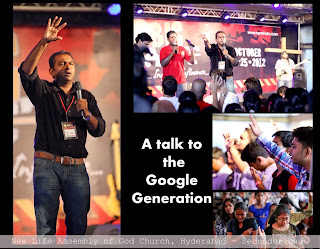 You were indeed a great blessing to us! Proud of you and keep changing our world...for the better! – the pastor of a large church in a big Indian city after Duke spoke to the young people of that church.

My two children decided to be "come what may followers of LORD Jesus" following your message in the church I attend – a college professor writing from an Indian city.
On an eventful day 3 September 2012, our 9-year-old son Dale, with tears streaming down his eyes, received Jesus as his personal savior. My wife and I turned a time of discipline into a time of Gospel-sharing and Dale responded positively. We did not want to make the blunder of sharing the Gospel with the entire world, giving an altar call for the entire world, without giving one to our own kids! Dale, I am glad to notice, is growing in the Lord. We see him voluntarily picking up his Bible and reading it. Please keep praying for him. – for this Facebook post put by Duke, there were 288 likes (as on 8 March 2013) and countless comments.
Posted by G-4 Mission at 7:28 AM No comments:

G4 Mission – AN INTERNATIONAL MINISTRY in some way!

The G4 Mission keeps producing DVDs which feature the biblically sound, contemporary events wrapped messages of Duke Jeyaraj for the spiritual upliftment of hearers world wide. Here are the cover images of two DVD messages just released by us designed by N Kingsley and Joel Joseph, our volunteers. These messages are priced at Rs.50/- a piece. Forwarding charges extra. There are about 50 CDs like this. Contact +91-8886040605 for more information.  These messages and other messages by Duke Jeyaraj are available on Youtube.com/visitDuke as well for a world-wide audience as well. Duke updates day-to-day ministry news on his newly opened Facebook ministry news page on this link: www.facebook.com/GoogleGenerationDuke. You may choose to ‘like’ this page to receive these updates. 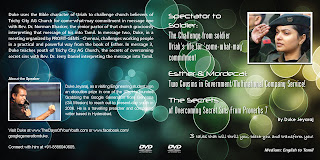 G4 Mission is an organization with different ministry disciplines - teens ministry, youth ministry, Bible teaching for believers, counseling, research, etc. Duke was invited to speak in the Junior School exhibition of a leading international school in Hyderabad in the month of November 2012. Among the audience was the speaker of the State Assembly and his wife. Duke used the word ‘e-a-r-t-h’ to make a presentation on how one can save the earth. The last letter ‘h’ stood for heart transformation through a relationship with Jesus! Duke also had time to interact with the students. Evangelin Duke and Duke Jeyaraj offered biblical counsel to distressed Google Generation folk in situations like relationships break-ups, falling in love with an unbeliever, being confused about life partner choice, etc. – in the past few months. Duke travelled to cities such as Trivandrum, Bangalore, Kolkata, New Delhi, Pune, Mumbai, Chennai, etc speaking to modern young working professionals as part of his Doctor of Ministry course research with Southern Asia Bible College under Dr. David Balasingh’s guidance in the last few months. In a meeting held in Dr. A. S. Rao Nagar, Hyderabad, during September 2012, in the home of Bro. Christopher, Duke Jeyaraj shared a message on the marks of mature believers to a group of families who had gathered to greet Mr. Kiran Parry. 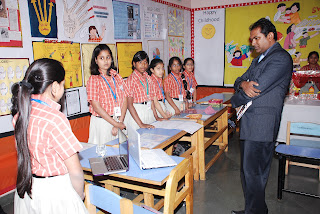 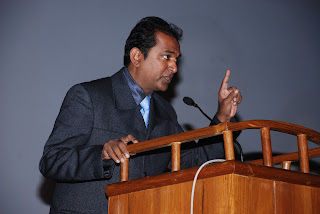 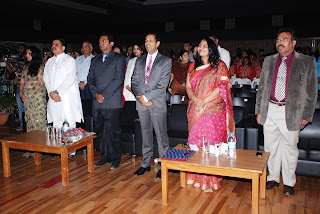 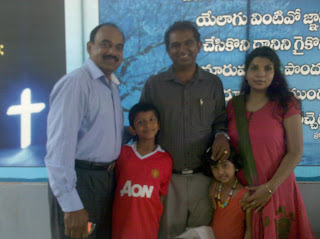 When God moved Duke’s heart to start Grabbing the Google Generation from Gehenna Mission (G4 Mission) in Feb. , 2006, he clearly revealed to Duke that his ministry would not only be inter-denominational but also inter-organizational. This implied that G4 Mission would not seek to venture to do what other organizations are already doing very well. Instead, it will join hands with them and build God’s Kingdom. Here is one example of that: The PROFIT chapter of Chennai invited Duke to preach God’s Word in their meeting in Chennai’s Mount Road during October 2012.  This fellowship of working professionals is attached to GEMS ministries. Duke challenged this group from the Bible book of Esther in a powerful way. The message was creatively tilted, “Two Cousins in Multinational Service!” At the altar, it was clear that God was at work. Those who came forward vowed to witness for Jesus in their world, through their lives and lips. Earlier in 2012, Duke also spoke in a youth meeting organized by OM India in their base in Hyderabad (attended by over 200). God blessed Duke’s inspiring message from the life of King Josiah, whom Duke called the ‘greatest fully human character of the Bible’. Duke’s video began with a video of Usain Bolt singing  and Rahul Dravid running from temptation. A serene time at the altar followed this message too in the hushed OM auditorium. The Christian Digest Society of India, Mumbai, published Duke’s articles even through the latter part of 2012 and the earlier part of 2013 in their magazine, Light of Life. 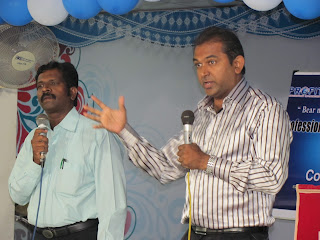 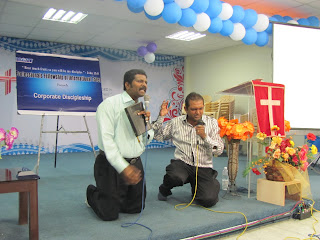 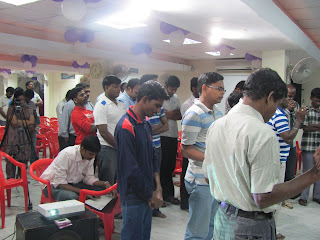 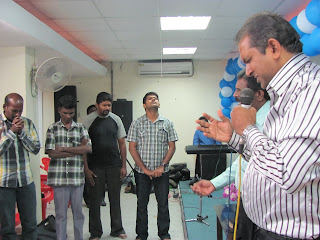 Grabbing the Google Generation from Gehenna Mission (G4 Mission) is an inter-church ministry. The activities of this Mission which was founded by Duke Jeyaraj in February 2006 shows evidence of that. This mission conducts Bible Studies that are conducted once a month at the rented base of the Mission in Hyderabad. In this meeting we have modern young working professionals working in various companies (Google, Cognizant, Deloitte, Infosys, etc.,) and from different churches (AG, SPG, Lutheran, Independent churches, etc.,) join in. The Lord blessed the Bible Studies held in the months of November 2012, December 2012, January 2013, February 2013 and March 2013 on a selected Sunday evening. The Bible books of I Peter and II Peter were studied with a practical thrust in two of these months with the name of the books itself as the acronym for its message (Nov 2012 & March 2013). A different sort of Christmas special Bible Study from Revelation 12 was held during December 2012. And a frank Bible Study on Sexual Ethics for the 50 Shades of Grey Generation was conducted in Feb 2013. The spiritual renewal and growth of Google Generation believers of all churches is the goal of this rare, rocking Bible Study which Duke leads. The Bible Study group also went for outreach armed with ‘bubbly’/’t20’ gospel tracts written by Duke. One place they went to distribute tracts was near the famed KBR Park and the Cinemax Foot Over Bridge in Hyderabad. 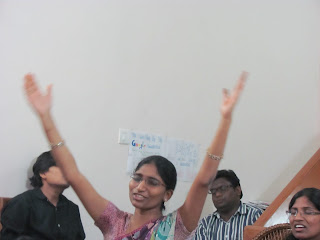 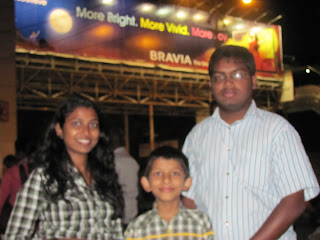 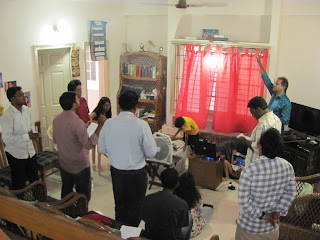 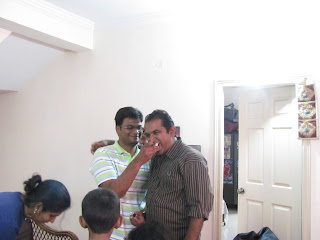