9:38 am. November 12, 2007. Rainbow Hospital Operation Theatre.
Dr. Pranathi Reddy and team in action. Evan's stomach sliced open. A baby surrounded by silvery slime is fished out. "Dale Nathan, your son, has a baby sister!", the doctor announces as she holds the bundle of joy planted by God in Evan's womb. I was there. In the Operation Theatre - thanks to the American-like style of functioning of this Banjara Hills hospital. It was the most unforgettable sight I had ever seen. I was numb with excitement - a proud daddy of a girl baby. I kissed my wife on the forehead, as the doctors worked away to sew up her stomach. "What have you planned to name her?" asks Dr. Pranathi. "Datasha!" I say. "Dat is the Bible Word for Royal Command!" Big dreams for our tiny baby - weighing 3.52 kg and 50 cm long at the time of birth. That's what we've got. She would carry out the Royal Command we have from Above - The Bible. She would preach the "Royal Command" to many. That's our dream. In fact, when Evan became pregnant, I wrote a poem for her. The first gynecologist we saw said that Datasha should be aborted. "She is not properly formed," she stated. As soon as we heard that, we were fighting back the tears. We were fighting on our knees - God who gave her to us, in this first place. We took another scan of Evan's womb. "The baby is alive and well!" - this scan report told us. A miracle! After that miracle, I took out my pen. Poetry flowed. May I share with you what I wrote for my wife, believing God would give us a girl baby, long before she was born?


Evan, I didn't think God would give us another one, honestly,
But when we came together this February,
God put in your womb a little one he planned for from eternity
Once that happened, I had so many a dream in a flurry
"Will she be as cute as Halle Berry?
Will she be a blessing to many and make hearts' merry?
Will she to millions God's word faithfully carry?"
Take one look at her angelic face - that's what we need to do for our problems and pains to bury
The day will come, when I will called, "Daddy" by this little fairy,
My heart will skip a beat when she would one day ask, "Dad, how do I look in this saree?"
My eyes will be moist with happiness and heartache when she does marry
Evan, the one who put her in your womb will give you the strength to deliver this baby
Forget the first scan report, our pretty little princess will soon hit home, don't worry! 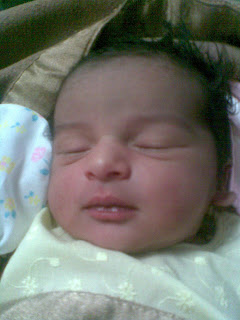 Datasha hours after she was born 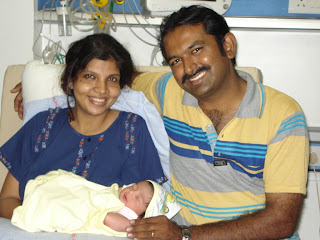 Duke and Evan with their new born baby Datasha 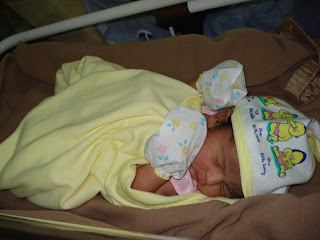 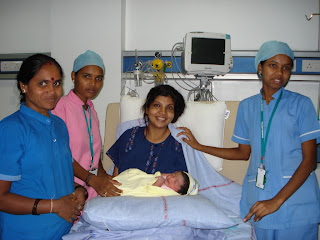 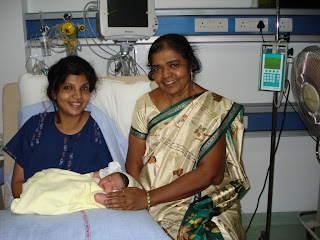 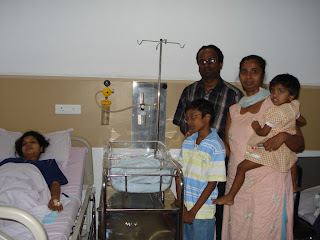 Turning Darjeeling Youth into Jesus' Darlings!
The past two months seems as if they were just two days. They rolled away so fast. In the month of October, Duke was invited by Col. Ghissing to preach in the first inter-church youth convention in the Himalayan town of Darjeeling. Close to 500 youth from churches as diverse as Church of North India and the Assemblies of God attended. The worship sessions lead by Bro. Binod aided by multi-church choir was electrifying. Duke preached five messages that melted the hearts of the youth. Bro. Solomon Rai of Gangtok did a wonderful job as Duke's Nepali interpreter. It was a sight to see the pastors of the various churches sit in the front row to listen to the messages with rapt attention. Duke gave an altar call after each of his messages. The young people responded in large numbers. There were occasions in which the floor of Roberts High School Auditorium (the venue of the meeting) became wet by the hot tears shed by the young people followed by the heart-rending messages. The climax was the unquenchable passion with which the youth came forward to commit their lives for ministry involvement. A young BYM Missionary, Sylvester John, enthusiastically manned the books-CDs counter for Duke. That Ministry products worth Rs.1500/- were sold. Duke's wife, Evan was nine-months pregnant when he went to preach in Darjeeling. She managed to stay alone by God's grace! See the photos attached shot during the camp to relive the awesome moments of this camp! 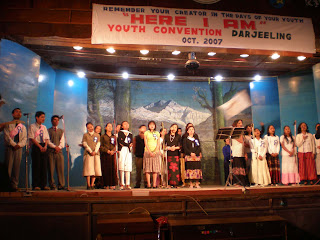 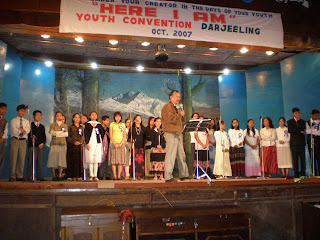 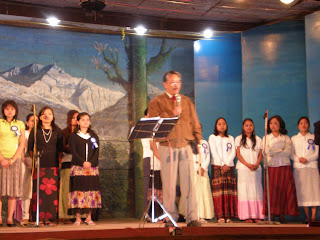 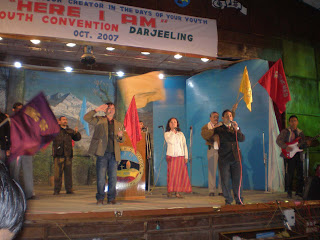 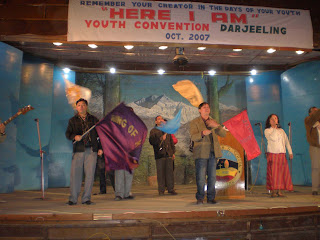 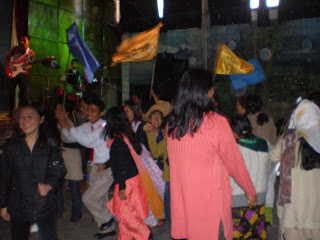 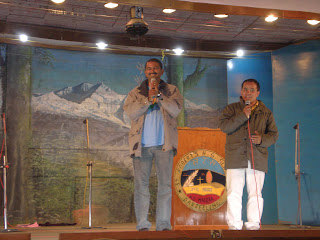 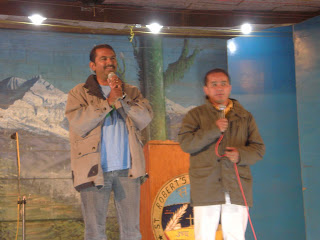 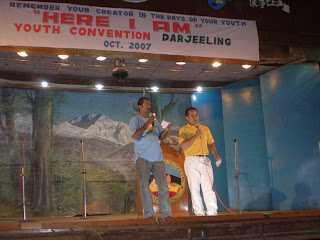 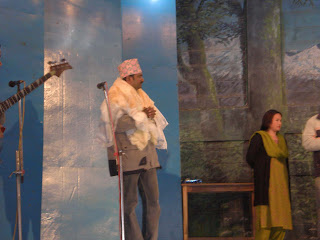 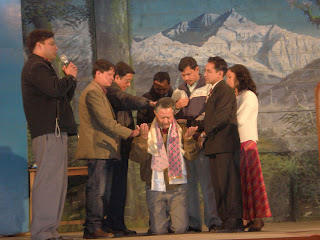 Not famous, but faithful!
On the way back, at Kolkata, Duke's youngest brother who works as National Director, Bridge of Hope, with Believers Church, arranged that Duke speak to the North East Staff of the Believer's church. Now, the Believer's Church (GFA) is the largest Christian organisation in the world. Duke's message was titled, "Not famous but faithful". A powerful prayer time followed. The Bishop of that region and the State Overseer spoke of the immense blessings that message brought. Whatever literature and CDs of Duke was left after the Darjeeling meeting was sold at Kolkota - a sale worth Rs. 1700/- Sijo drove an exhausted Duke to the Kolkota airport so that he could fly back to Hyderabad by Indigo Airlines. Duke distributed his Gospel Tract, "Bubbly outside, yet empty inside" to interested co-passengers and the air-hostesses.

When Jesus met the youth
Back at Hyderabad, preaching assignments that arose from time to time kept Duke busy. Two Sundays evenings, spaced between two months, Duke led a Bible study on the books of Jonah and Zephaniah at the home of Daniel and Magadalene. In this flat, at the heart of Hyderabad, it was an educating experience for 15 people who gathered to get into the heart of these unfamiliar books of the Minor Prophets. On November 11, Duke was asked to speak in the Sunday Service of Centenary Methodist Church, Chapel Road, Hyderabad. It was their youth Sunday. So Duke brought a spot-on message from Jesus' interactions with young people. Dambru Anand, the first fulltime worker of G-4 MIssion, the ministry that Duke founded in February 2006, to make God's word relevant for the Google Generation, carried Duke's books and CDs and put them up for sale at this church. Stuff worth Rs.1500/- disappeared.

Andrew in HSBC
The break-time fellowship that Duke leads at HSBC, where he works in, is now seeing new people attend it. Senora Lynette, Duke's cab mate on Saturdays, is doing an "Andrew" - bring people to the 3-minute fellowship at 1:30 am right in the office premises. Samuel Raj, Duke's teammate, joins Duke, to pass out tracts in City Centre - a swank shopping mall with young people hanging out. We must invite those in the highways and the byways and ask them to come in (for the wedding feast of the Lamb), Jesus told us, didn't He?

First Revival, then Reaching!
Bro. Mohan Patnaik, a senior officer with UBS (Swiss Bank) at Hyderabad invited Duke to share the word at Morph - a fellowship of believers working in HSBC. Duke challenged them from the life of Daniel. He used the word DANIEL to outlines features in his life that corporates should emulate. It was an august audience that Duke shared God's word with that November night - an audience that included vice presidents of HSBC's Global Resourcing Centre at Hyderabad. The believers in each corporate office in the world must be first revived. If they are, they will automatically reach the non-believers they rub shoulders with, in their office, won't they?