Duke Jeyaraj was invited by Pastor Dr. Chadwick Samuel, the senior English Service Pastor for India's largest Church, the New Life Assemblies of God, Saidapet, Chennai - a church with about 30,000 members. Pastor Chadwick is the eldest son of the founding pastor, Rev. Dr. D. Mohan. It was an invitation to speak to a selection of that church's most-modern teens and twenties who highschoolers/college-goers/young single working professionals in a youth camp near in Padapai in the Believer's Church Campus in Chennai. Duke took the early morning flight from Hyderabad, the city where he lives to reach Chennai. Pastor Ben of the NLAG team warmly welcomed him and drove him to the camp site. Over 250 Google Generation youth had gathered in that serene, sleek-looking camp site.

In his opening session, Duke spoke from the book of Hosea. He presented a message titled, THE GREATEST LOVE STORY EVERY TOLD. He underlined the fact that God loved each one of us without any conditions. But He wants us to change, he added emphatically. The message of the book of Hosea, Duke explained was this: you may go to the Red Light area to be a prostitute but that would not put a red light (stop) on God's love for you! But He does not want you to wallow in that Red Light! He wants you to see 'red' (the blood His son shed for you on the Cross), repent and come to Him in faith. At the end of this session, almost all the 250 youth there dedicated or rededicated their lives to Jesus. They did this kneeling down after they raised their hands after Duke gave the call. They prayed the sinner's prayer with Duke. God's powerful presence was evident.

Duke then took three separate sessions on Sex, Love and Marriage for School-goers, College-goers and the Corporate Company Workers. After the Corporate Company session, Duke fielded questions on the subject on topics such as living-in, homosexuality, breaking up with an unbeliever, etc. It was an enlightening time. Duke also asked the group to study Genesis 39 and bring out lessons on beating temptations. The listeners became preachers instantly! Duke also included a session on Parent-Children relationship and Elders-Juniors relationship in his session for the School-goers. They raised their hands to indicate various decisions they prayerfully took after this session like making up with a friend they weren't talking to, for many many days. In the session with the College Goers, Duke was at his very best. Humor coupled with oratory skills coupled with anointed preaching - Duke showed these all by God's grace. The college students loved that session and lapped up every single word. Questions on masturbation and such intimate matters were asked without any hesitation and answered with great clarity. Many youth received deliverance from secret sinful addictions like porn-watching. Some even did not hesitate to raise their hands to indicate their willingness to repent from sexual sin and come to Jesus. The time of prayer was powerful. The 10 ways that Duke explained from the Bible that mankind abuses God's gift of sex, was certainly eye-opening.

Duke's books and CDs were briskly bought in these meetings. Copies of The Days of Your Youth magazine, the mag that wraps Bible truth around contemporary events (online on www.TheDaysOfYourYouth.com) were also distributed. There was a sale of close to Rs.4000/-. Sis. Suman Jonathan, arranged for the distribution of one of Duke's article, Jesus, the Friend Closer To The Brother, to the campers.

Even as Duke left the camp to take his flight back, he was a satisfied man. The Pastor, Dr. Chadwick Samuel also expressed satisfaction on what the Lord had done in these days. Duke handed over tracts to interested co-passengers in the flight. To God be the glory! Great things he did in Chennai! 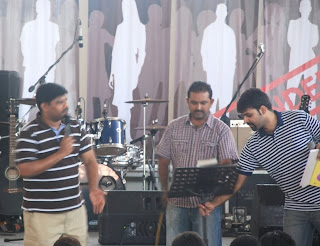 Pastor Chadwick invited Duke to share God's Word with the Google Gen of the NLAG Church, the largest in India 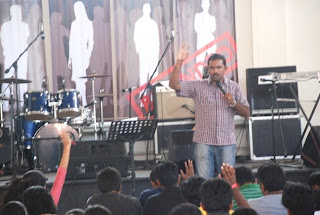 After Duke spoke from the Book of Hosea, most of the uth rededicated their lives to Jesus 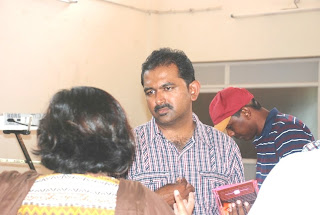 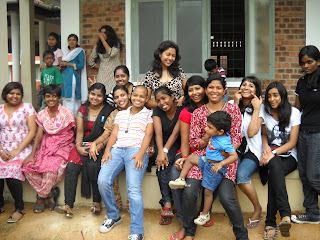 Some of most 'hip' youth of Chennai attended this youth camp which was organised by NLAG, Chennai 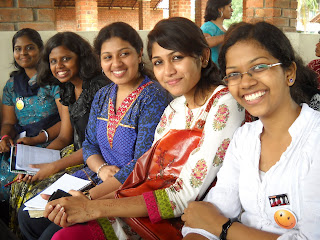 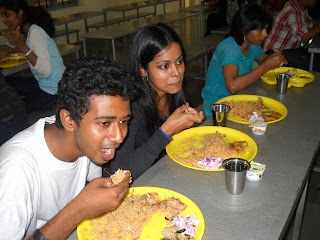 After Duke served spiritual biriyani in this youth, there was time to eat real biriyani as well!

Duke makes a point even as he teaches on sex, love n marriage in the Chennai NLAG Youth Camp, this Nov 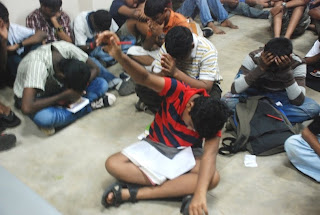 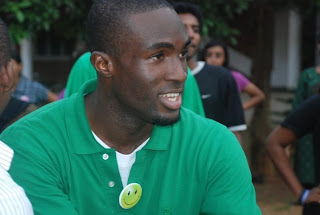 Youth from Diverse Backgrounds Were Present In this camp that took place in Believer's Church, Padapai, Chennai