G-4 MISSION MINISTRY REPORT
By Evangelin Duke
GETTING THE FACEBOOK YOUTH HOOKED TO THE
BOOK!
The last four months the Lord blessed the programs we preached in, abundantly. Let me give you the details of these programs so that you will glorify God, who enabled us all of this, along with us.

BLESSED BAPTIST YOUTH CAMP!
Brother Daniel M. who works with Operation Mobilization invited Duke to preach in a youth camp of the Baptist Church at Birdy, a serene camp site outside of Hyderabad in the month of January. 60 youth attended. Duke’s salvation message based on King Manasseh’s life cut the hearts of the young people and many gave their lives to the Lord in the altar call that followed the message. In the other messages that Duke preached the youth were challenged for daily Bible Meditation, for consistent holy living by being regular and rigorous in temptation-beating, for active witnessing and ministry-involvement. The young people were richly blessed by the messages of Bro. Stephen David, the other speaker invited for the camp, as well. Duke also took the mike in the question-answer session and took time out to counsel young people on a one-to-one basis. Loads of our literature – both books and CDs – worth Rs. 1500 were sold in this camp.
Duke poses with some of the youth who attended the Baptist Youth Camp at Birdy, Hyderabad - a camp he preached in, January 2008
YOUNG LEADERS OF ANDHRA PRADESH CHALLENGED!
In the same month (January), Duke preached about 100 youth leaders hand-picked from the Assemblies of God churches throughout Andhra Pradesh upon the invitation of Pastor Chaitanya Gera. The Venue was the APAG Bible College campus at Miyapur. Since the theme was the “Armour of God” for the camp Duke felt lead to speak on the Day of the Lord urging the young people to get dressed for “that Day” – the Day of the Jesus’ return! The way Pastor MDV Prakash translated Duke’s message that day was simply terrific. The young leaders crowded the altar in repentance. Florussel Satya, an always-available G-4 Mission Volunteer, who also works for Getty Images in Hyderabad, was there to video-shoot that message.
POST VALENTINE DAY MESSAGE
On the post-Valentine Day Saturday, February 16, Duke was invited by Pastor Younus Samuel, to preach over 700 young people at the Youth Alive Service of the New Life Assemblies of God Church, Secunderabad. Duke began his talk, talking about a smart answer US President Hopeful John McCain gave to a tough question and then went on to talk about questions-answers on marriage-romance. He based his message on the Isaac-Rebekah story found in Genesis 24. The young people giggled in glee when Duke joked and groaned in repentance when Duke gave a salvation altar call.

Duke brought a lively and life-changing message from Genesis 24, the chapter we get to read about the Isaac-Rebekah story to over 500 youth of the New Life AG church, Secunderabad on the post-valentine day Saturday, 2008. This message contains frank questions and answers on issues of marriage and romance. This message is found in DVD format in the CD found above whose cover was designed by Ruby Evangel

CORPORATES TAUGHT ABOUT INTEGRITY!
Brother Mohan Patnaik, part of the senior management team of UBS (Swiss Bank), invited Duke to share on the subject of integrity at the Morph meeting for Christians in the corporate world on February 23. Duke’s message was hungrily-received by the audience that had young corporate workers from Google, Satyam, HSBC and Olive Technology. A powerful time of commitment followed the message!

WORKSHOP ON WOMEN’S DAY!
I was honored to receive an invitation from The New Life Assembly of God Church – the largest church in Secunderabad – to do a presentation for singles during the special Women’ Day program on March 8, 2008. About 200 young girls sat for my workshop. Many of them worked in top MNCs like Genpact and Satyam. When I went to the Lord in prayer, He guided me to speak on the topic, “Single & Despondent to Single & Confident!” The young people eagerly received several no-nonsense counsels from God’s Word on practical problems they faced in their day to day lives: being misunderstood at home, being harassed at workplace, being tempted when with friends, confused about life partner choice. We received emails that told us how much these young people were blessed by that session.

INTERNET GENERATION CHALLENGED FOR INTERCESSION!
Duke was invited by the youth of New Life Assembly of God Church, Secunderabad, to speak in their day of fasting on April 12. Duke challenged them with a message that was titled, “Internet Inspiration for the Internet Generation!” Several practical decisions were taken at the end of that message which was the most persuasive call that Duke had ever made for prayer and intercession. One decision was to keep off from the internet, television and food for at least one full day each week so that one could pray with concentration and consecration.

SHARING TRUTH IN A THANKSGIVING MEET!
Ravi Alamothu, a manager with the Corporate Communications Team of HSBC, and the volunteer-designer of the mag you hold in your hand, invited Duke to preach in a thanksgiving meet at his home at Damaiguda, on the April 13, 2008. Duke took that opportunity to present the Gospel to the well-wishers of his, both from his neighborhood and from his company in his message that was titled, “When Jesus Enters Your Home”. Duke’s colleague in HSBC, Chryso, interpreted Duke’s message into Telugu.

TOGETHER TO GATHER!
I strongly believe the Lord brought Duke and I together in marriage so that we could join together and gather souls for Him. We often remind ourselves that we are together, to gather – souls! When we went together to Maharashtra recently (April 17-19), upon the invitation of Bro. Jeyaraj Barthlomew we saw that purpose of God uniting us being fulfilled. In a youth camp organized by the Indian Evangelical Team at Dapegoan we addressed 200 people. While Duke preached three messages, I got to preach two. In each session the presence of God was unmistakable. Our messages were interpreted into Marathi. Several young people gave their lives to the Lord and were baptized in the Holy Spirit following Duke’s messages titled, “Salvation Photos!” and “Good Ghost!” respectively. There were tears in the eyes of some. One CMC-trained doctor who heard the messages said that she had never heard such messages for the past 40 years of her life! My challenge to the young people on the topics of relationships and witnessing touched the audience and torched a burning zeal in them to do something for the Lord. 17 people lined up for Water Baptism by immersion following the Camp. The worship lead by Pastor Kishore and his wife had the audience dancing in the joy of the Lord in this Camp. 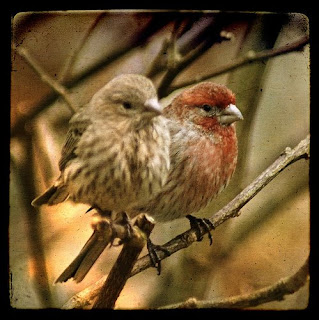 God brought Duke and Evan together in marriage, so that together they could gather - souls for Him. Recently they preached in tandem in a youth camp of the Indian Evangelical Team in Dapegoan, Maharashtra
GETTING THE FACEBOOK YOUTH HOOKED!
One of the specific burdens the Lord has given us is to get modern youth – the Facebook Generation as we label them – hooked to the Bible by making its message relevant to them. And what happens on a select Sunday evening, month after month, at the sprawling home of Daniel and Magdalene, situated at the heart of Hyderabad, is one way that goal is being fulfilled in a small way. We see young people getting hooked the greatest book, book by book, each month, there, as Duke leads them in an unique Bible study. In this interdenominational Bible Study that draws about 15-20 people each month Duke summarizes the message of one chosen book of the Bible and makes it life-relevant using his own acronym style. Padma Nela and Tanmay Nayak, two young folk thoroughly blessed by this Bible Study, brought in their friend as well for this study so that they too would be blessed. From January to April we studied the following four books of the Bible in four separate Bible Studies: Joel, Zephaniah, Obadiah and Nahum. Each of those studies proved to be an eye-opener. Familiar Bible truths were fished out from unfamiliar Bible passages. Some sights in this Bible Study will make the purists cringe: young people looking up the Bible references in their cellphones – thanks to the Bible software loaded on them! We witness the Lord doing miracles for us, as we join our hearts and pray for the specific problems we face in our personal lives, following the study of his Word, there. To know when we will meet next to study the next Bible book, please call or sms Duke at +91-9441352433.
PRAYING RIGHT INSIDE A CORPORATE OFFICE!
Duke joins with fellow believers during breaks for a quick time of prayer, followed by a minute message from the Bible at HSBC, Banjara Hills, Hyderabad, where he works. Now the time of prayer is midnight 00:30 hours! Oh that such prayers will be held in every corporate office in the planet!
ENLIGHTENING ARTICLES & TRACTS-DISTRIBUTION!
The Lord also enables Duke to write enlightening articles for a world-wide audience through the LIGHT OF LIFE magazine. The last two articles of his that were published by this esteemed magazine were titled, “Is Orkut Obsession Okay?” and “To Him our lives must bow, right now!” The tract that Duke has written for the modern youth titled, “Bubbly outside, yet empty inside” is being distributed actively. Duke distributed to a few co-passengers of his during his train journeys to Vellore and Vijayawada. We all must be witnesses for Christ wherever we are, wherever we go!
MORE EQUIPMENTS ADDED!
The Lord added to our ministry equipment, a sleek Samsonite Laptop Bag and a wireless internet router through a family. We cannot stop thanking God for such generous hearts! And please do not stop praying for us – mere donkeys carrying Jesus Christ to the Google Generation!
Posted by G-4 Mission at 1:38 AM 1 comment: