YOUTH IN THE SHOPPING MALL HEAR THE CALVARY CALL!

The Lord blessed the programs we ministered in, the second part of August and first week of September. Your prayers made such a huge difference, trust me.

Duke and I preached in the Centenary Baptist Church, Hanankonda during August 15-16. In the Youth Retreat, young people from different churches in that town attended. About 200 of them were there. Duke’s first message to them was from life of King Zedekiah. He used his very name as a short-form for a Gospel message from his life with Brother Chitty from Hyderabad, translating into Telugu for him. Young people came to the altar and gave their hearts to Jesus. Later on, in a workshop, while Duke spoke to the men, I spoke to the ladies. I touched upon topics such as relationships and marriage, while Duke threw light on the matter of sex and its abuse. In the final message of August 15, Duke spoke briefly about the dangers of Spiritual Swine Flu. It turned to be unforgettable day for the young people.

The Message They Missed!

The next day, Duke preached to about 3000 people in the Sunday service of the same church. This time Pastor Sam Devavaram, the associate Pastor of this church translated the message into Telugu. The message was on the topic, “The Message They Missed”. There was a stunned silence after Duke spoke daringly and directly from passages in which Jesus asked the people, “Haven’t You Ever Read…?” God’s concern is for a sick church in a dying world, wrote Leonard Ravenhill. Oh that all the churches in this planet be revived!

Loving What You Should Be Shoving!

Duke also got to address 300 students in a Campus Crusade for Christ meeting in Secunderabad YMCA Hall in the month of August. Again, Brother Chitty, served as his Telugu interpreter. The noisy audience calmed down to hear his Gospel presentation titled, Loving What You Should Be Hating. When he explained the work of Christ on the Cross using a picture book of the movie, The Passion of the Christ, by Mel Gibson, there was hush over the audience. Some young folk came to Jesus.

What Will Save; What Won’t Save

In the same month, Duke preached one Sunday evening in the All Saints CSI Church, Parish Hall, Tirumalagiri, Secunderabad. He explained passionately from God’s Word, as to what God’s word says about salvation. He took apart wrong ideas about salvation in that talk.

In the first week of September, Duke, along with me and the kids, flew to Coimbatore. There we had ministry to the Karunya University Students after a loving invitation from the Head of the Department of Value Education, Prof. Aneesh Sundar. The combined attendance in the Student Assembly was 7000. Duke spoke a brief Gospel message beginning with the narration of the sudden death of Andhra former CM. Later Duke and this writer had an opportunity to speak in the Students’ Retreats there. A total of five departments were covered over two days. Though both those days were holidays, some students voluntarily stayed back to attend these retreats. In the Civil Engineering Department Retreat, after the message, the young students were kneeling in front of the altar getting right with their Creator. In the Electrical Sciences Departmental Retreat, Duke shared a Gospel message wrapped around the story of the Demonized Man who was delivered by Jesus, first up. The altar was full. Some eyes were full. 70% of the 500 students who came that day were there to give their lives to Jesus. Later this group was divided. I spoke to the lady folk about relationships. They listened intently and were blessed. Duke spoke to the men about sex, love and marriage and fielded questions. In the final message for the day, Duke talked about four spiritual disciples that would help them stay holy starting with the story of Usain Bolt.

The next day, Duke shared the Word in the English service of the college community. His book of Amos based missionary challenge touched young lives. About 10-20 of the students made a specific, public commitment for fulltime ministry. After the Sunday Worship, Duke sat down and answered questions on all kinds of topics by a group of 50 students for over 2 hours. The students were enlightened by these frank answers from the Bible, which were also intensely practical.

Giving our self-made tracts to English-following folks is something we do regularly. We did that during our journey to Coimbatore (both during the air journey as well as the train journey). We also gave tracts in two places where the google generation clubs together in Hyderabad – City Centre Mall and GVK1 Mall. The hip youth hanging out in our posh malls, should hear Calvary’s call!

Counselling people over phone and directly – even this continues by the grace of God. Duke taught a small group about finding God’s Will in Hyderabad. This group is lead by Bro. Christopher.

Duke’s articles continue to be published in the Mumbai-based monthly magazine of international repute, LIGHT OF LIFE. In the issue they brought out in August 2009, they published his article, “Is being Gay, Okay?”

Please continue to pray for us. We move forward doing what God has called us to do, because of His Grace and your loving support. 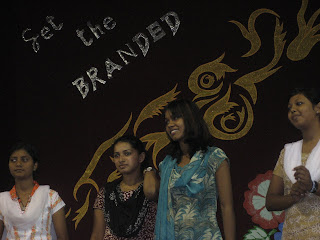 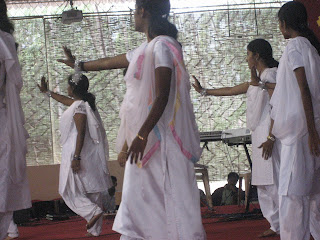 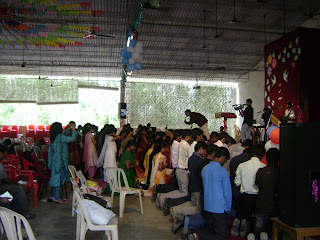 After Duke preached from the story of the Demonized Man Delivered By Jesus, young people ran to the altar to commit their lives to Jesus, in large numbers.. 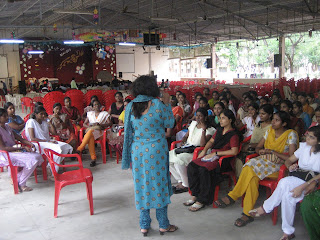 Duke’s wife, Evangelin, spoke to the girls on relationships and sex from the Bible in the same meeting 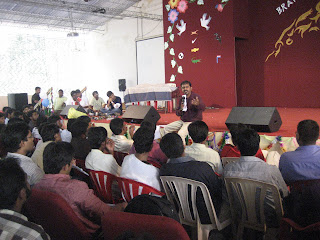 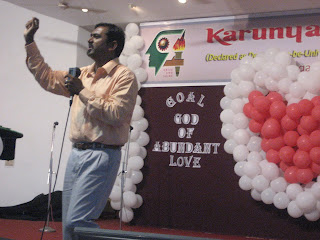 In Civil Engineering Department Retreat in Karunya, Duke preached a soul-saving message titled, “Loving What You Should Be Hating!” 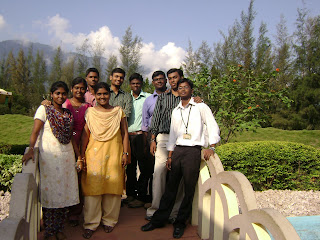 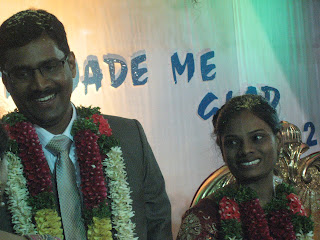 Dr. Prashant, a dentist who was part of the Duke-led Monthly Bible Practical Summary Study, got married to Dr. Priyanka. Duke n Evan were on that occasion 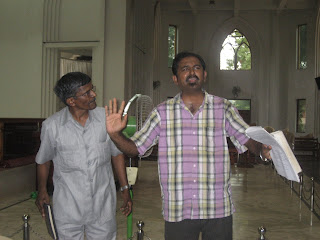 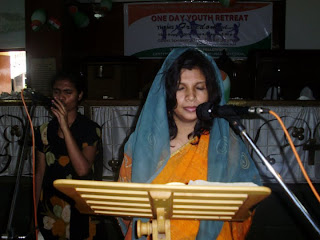 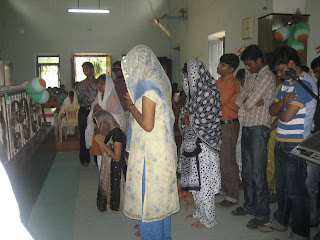 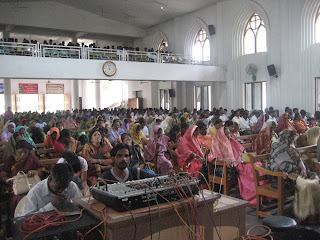 Three top messages that Duke preached in the New Life AG Church, Hyderabad, to diverse audiences from all over India, have found their way into one DVD. These messages will change your life! Price just Rs.50/- Forwarding charges extra. Contact 9441352433 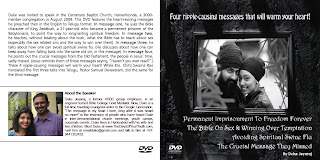 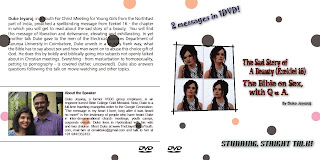 Duke’s practical and bold talk, The Bible on Sex, given to students from Karunya University during this September is available in DVD format. It comes along with yet another super talk, The Sad Story of a Sex-Addicted Beauty (Ezekiel 16’s message). Price – Rs. 50/- Forwarding charges extra. Contact 9441352433
Posted by G-4 Mission at 5:50 AM No comments: